You know, it's near impossible to NOT know when the end of the month has arrived. Of course, there's always your calendar. But if you're a blogger, the first thing you notice are 5 or 6 "Farewell August", "August is Over" "August Highlights" posts all in a row. One after the other. It's very hard to miss ;) 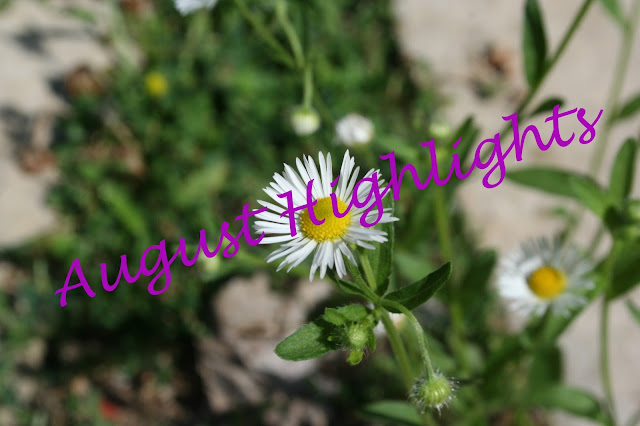 So, of course, I'm going to go add to that list of end-of-the-month posts ;) (Bethany, you sure did start something pretty awesome with these monthly highlight posts =))

August was a pretty good month. Lots of things done, and a lot of memories made!

// We went to the amusement park with some church friends and had a blast!

And guys. We ate funnel cake. FUNNEL CAKE!!!!! (okay, so maybe I'm being a little too dramatic, but really, it's. so. good. And soooooo very expensive, which means we rarely ever eat it. The last time we ate it was like...7-8 years ago?) 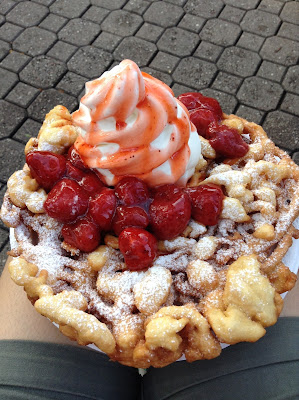 Snow White and our friend S. riding Klockwerks! Due to the thunderstorms earlier on in the day, the park was quite empty. So they took advantage of it and rode on this 4 or 5 times. Just in and out and in and out, no lines whatsoever! // We organized our books into this library book organizer thing. Weirdly enough, the name of the site is Library Thing. There was some miscommunication at first when Mom told me to go onto the library thing xD But yeah.....we logged in a lot of books. Title, author, genre, grade level, etc. Had three computers working at once. But it felt very library-ish, which I LOVED cause it's books! :D 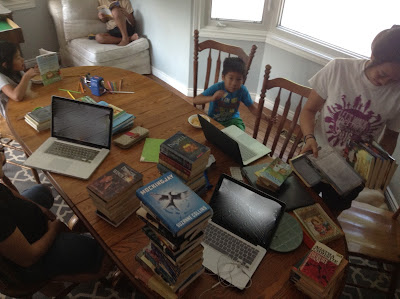 // Toblerone celebrated his third birthday!! Ahh....my little boy is growing up so fast!! :O He asked for a Bum'bee (Bumblebee) transformer cake, so Tiger Lily and I went through the joys of researching and creating his cake. Toblerone had also started having a sudden interest in dinosaurs, so we made him some dino toast for breakfast :) 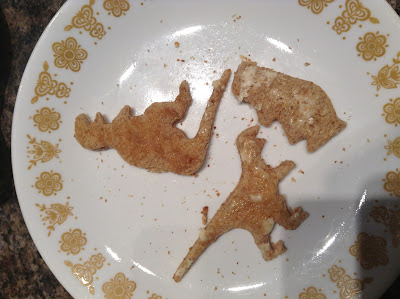 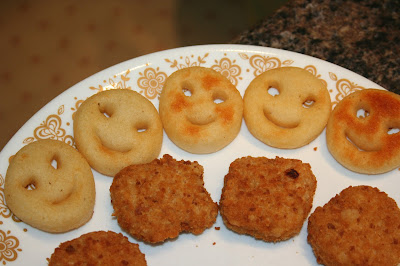 Construction of the cake: 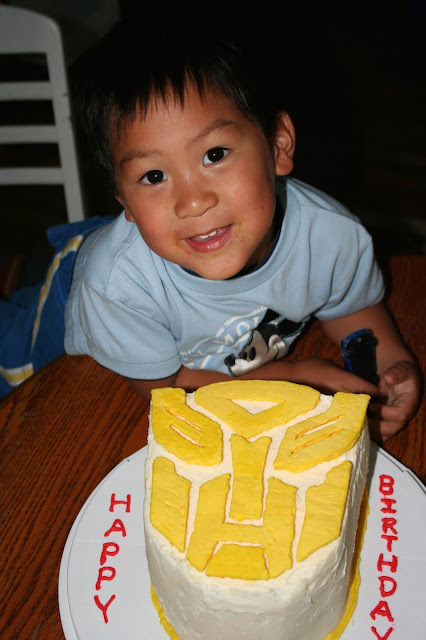 // ADVENTURE CAMP
Probably one of the best and most favourite thing that happened this month. Seriously, it. was. amazing! Thank you so, so much for your prayers! Everything went great :) Got to meet new people, spend time with friends, and help kids have a fun time at camp! Olivia and I collaborated together and are currently in the middle of telling stories from Adventure Camp, so if you haven't already read them, you should go do so! You can find them on my blog or Liv's blog HERE.

// I am now officially in Grade 11. Which means next year will be Grade 12. Which means I'll graduate soon! Eeks! Don't know whether to jump up and down for joy or hide in a corner. . .

This year, Mr. Landry was very nice and pushed the start of school back a week so instead of going back to school on the 15th, we started on the 22nd. (which meant I didn't have to miss school while at camp! :D)

Not at all sure why the US starts school in August?! (maybe some of you Americans can enlighten me. . . ;)) but it's nice to be able to end in May :)
And I don't know about you, but I was actually pretty excited for school to start! Essays, peoples! The best! ^_^

All my stuff - ready for school! :D 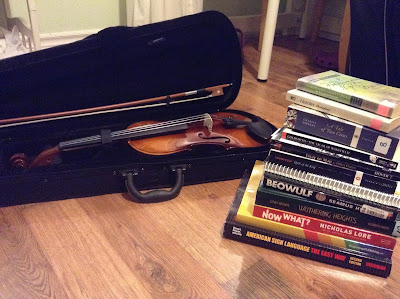 Tiger Lily and I are both doing Chemistry together and our first assignment was to memorize the names and symbols of 42 elements from the Periodic table. One day we were quizzing each other and then reached "B". There was an awkward silence as we tried to figure out what it was, then we both suddenly looked up and said simultaneously: "Boron! Rhymes with moron!" xD

// Our church youth group went to a locked room event thingy. Basically, you were locked into a room and had to use clues to try and get out. During that time, we found out that we could be very smart at times, and very stupid at times. It was SO funny xD

There was a picture of pencils and they formed something, but we couldn't figure out what. I was staring at it with one of my friends and said: I wonder if the pencils form Braille letters?
Friend: Wait, those are pencils?
Me: *blinks*
Friend: *dies laughing*

Or another time, there was this geography quiz thing and I was trying to figure it out. It was on American geography and seriously, I'm SO bad at that :P There I was trying to figure out what MN - MT + MI, etc was and not knowing AT ALL which states they were. After a few minutes of me trying to recall an image of the US in my head, my other friend, E, said, "Hey, look. There's a map on the wall."
Me: looks up and sees a big map with North America stretched across it. RIGHT. IN. FRONT. OF. ME *slams head on desk*

Oh, and guess what? I learned that there's actually a state called Mississippi. I thought there was just a river named that :P

// I had a photo-shoot with my friend. We have our own Cinder-elly now! 💕 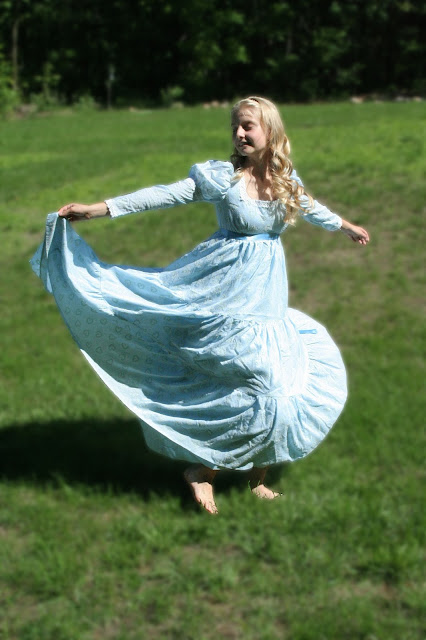 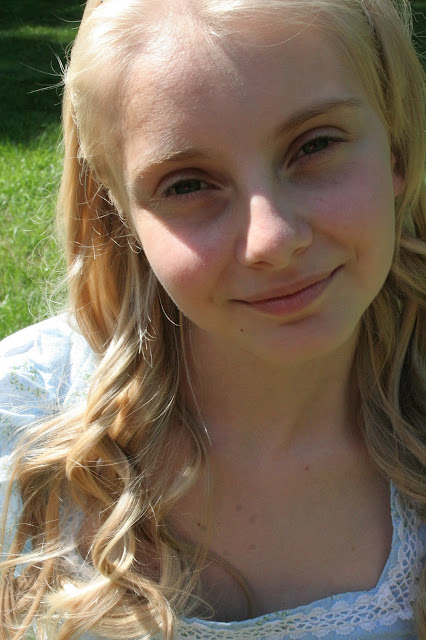 Writing/Reading
Sooo...one night I was trying to think of a story plot and guess who I had with me? Tiger Lily.

Me: Got to find a unique story plot
Tiger Lily: *grins* A haunted teddy bear takes someone's phone and buries it six feet underground.
Me: . . . .
Tiger Lily: No, seven feet under. You know, to make it unique!

Okay, so I've been getting desperate trying to find books to read that I haven't already read yet. No longer AS desperate as before, but hey, if you have a book suggestion, please let me know! :) This month, my friend, Eric, introduced me to 'The Ranger's Apprentice' and I'm LOVING it! :D The only problem was he only had the first two books and the second book ended on kind of a cliffhanger and now I've got to wait sooooo long before I can read them from the library. *sigh* A way to learn patience. . .
Also, has anyone read The Series of Unfortunate Events before? We found the first five books at our book thrift store for 50 cents each, and I had flipped through the first book and found it interesting, so we got 'em. But then I read the the next three books and found that the plot was basically the exact same in all of them :/ Children are sent to a new relative, Count Olaf finds them, something happens to the guardian (they either die or are found to be working with Olaf), children uncover Count Olaf's disguise, Count Olaf gets away with his cronie, and it starts all over again. And Mr. Poe is soooo annoying. Really, you'd think he learn! :P

And right now, I'm reading:
The Graham Quartet and the Mystery of the Day Maid - Rebekah Morris
An Old-Fashioned Girl (reread) - Louisa May Alcott

Random Things
In which I place all the random thingamabobs that are too small to have their own category ;)

This month, I was working a bit more on aperture. During the photo shoot with my friend, I managed to not use auto at all! So happy ^_^ Also played around with textures, specifically with flowers. 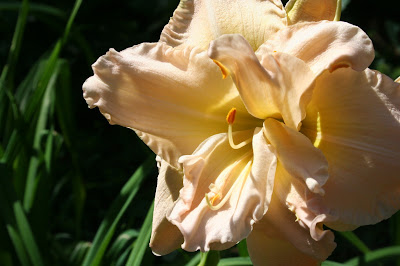 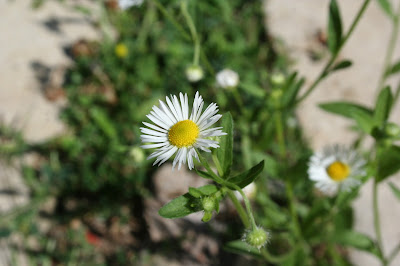 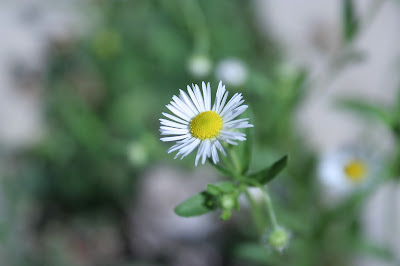 Has anyone heard Britt Nicole's new song, Through Your Eyes? It's awesome!! :D

Oh, and a rather fun thing that's coming up; Tiger Lily and I will take control of the house while Mom and Dad go on a short anniversary trip. Muahahahahaha (of course we're not gonna be like the Josties xD)

Goals for August
Write at least 5,000 words and blogging don't count - was barely able to reach my goal in time, but in the end was able to get 7% over! Yay!! =D

Reach 30 followers - almost, but not quite! Thank you to the two new followers that joined this month! Really appreciate it :) And to all you other followers - you're awesome :D

Complete the "By the Book" Tag - check!

Finish memorizing Romans 6 - done! Now to just review over the first 6 chapters and keep it from leaking out my ears ;D

Be prepared for school - yep! Almost two weeks into school already and things have been going great :)

Guest post on a couple of blogs
Write reviews and post interview for Rebekah Morris' new short story Fitting In
Look into finding a job
and a big event that I'm very much looking forward to. . .
Participating in the Five Fall Favourites party! You're all invited!!! :D 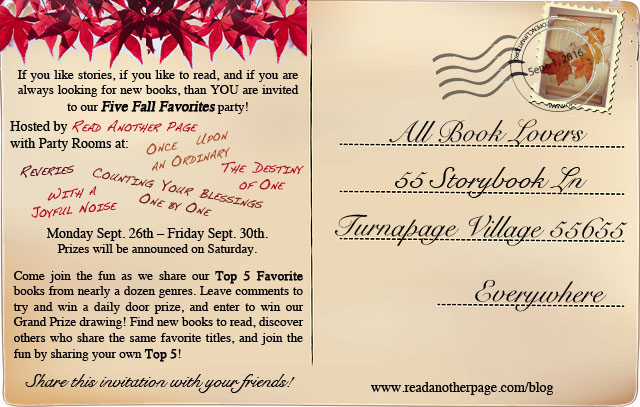 And that about wraps up August!
What are highlights from your month? Are you glad school's started/is going to start or sad that summer's ended? Anyone looking forward to this awesome upcoming book blog party?

Posted by Blessing Counter at 1:52 pm